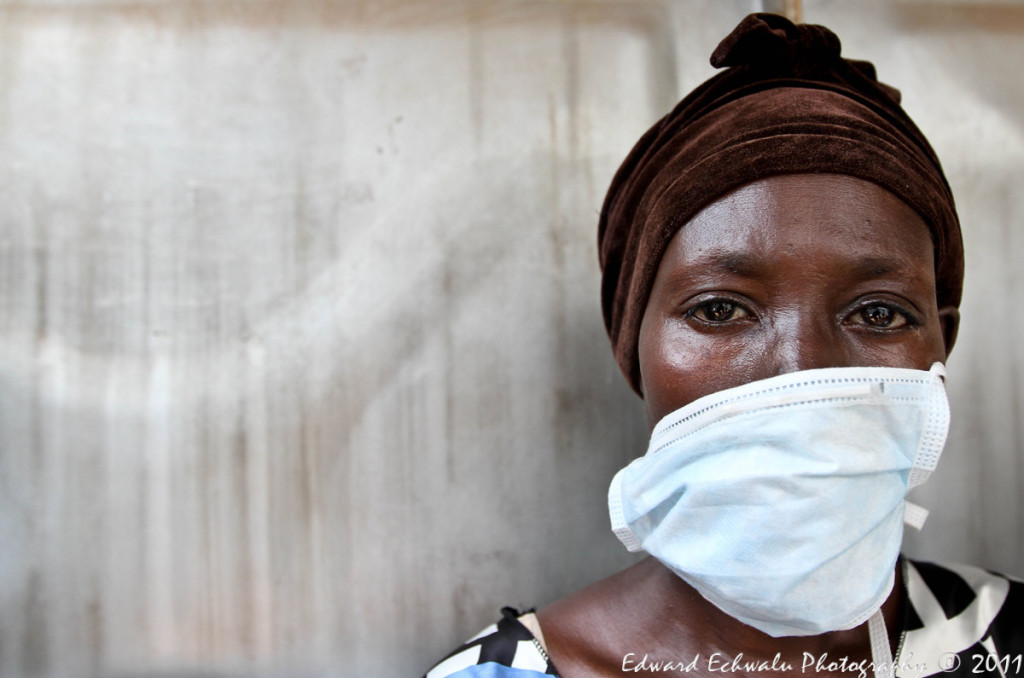 “Twenty five years ago, I woke up early in the morning, around 05:00 a.m. and I went to the spring well to fetch water. It is good to fetch drinking water very early in the morning. As I tried to draw water from the well, I slid and fell into the well. I stayed in the water for a long while and I lost consciousness before I was rescued.

Shortly after, my husband passed away; and moreover he passed away during the hunger season. I had no help. I decided to return home to my parents. I came home together with my young children – three girls; my only son died as a baby.

My parents allocated to me a plot of land on which I have built my home. I have built two grass-thatched huts at my homestead – one is where we sleep and the other is a kitchen and store.

I was admitted together with other TB patients in isolation in a separate ward. I was put on treatment, injections. It was very difficult because I had to beg for help for someone to inject me and so my injections were irregular.

I was far away from home and it was difficult for my people to come and see me and to care for me in hospital. While at the hospital in the neighbouring district, my fellow TB patients and I had to find our own food and firewood; and to cook food for ourselves.  Life was so difficult. I was not able to complete the injection treatment. I decided to come home.

My cough and chest pains did not go away and so I went back to the government hospital in the neighbouring district. I was put on eight months treatment – swallowing tablets. This time around I was able to access the tablets from the government regional referral hospital that is located in my home district.

The medical personnel at the government hospital in my home district monitored my treatment. I was required to visit the hospital on a regular basis for check up and to collect more medication. I was able to complete the eight month medication and I improved. I am no longer on treatment.

At the government hospital in my home district, however, a scan of my internal organs revealed that I have chronic soars in my chest. During the cold season the intensive coughing sometimes returns.

By the way, my youngest child also got infected with TB. I think I am the one who infected her. We got to discover that she was infected when she vomited blood while she was hospitalised at a hospital in another district.

When we discovered this, we went back home to the government regional referral hospital where I was treated. My daughter was successfully treated and she is fully cured of TB. She is now happily married with children.”

This testimony, as narrated to Ms. Norah Owaraga, CPAR Uganda Ltd Managing Director, in February 2016, is of a 50+ year old woman, a TB survivor, a widow, who lives in a village in the rural area of Eastern Uganda. Sadly, her testimony is not unique in the context of Uganda.

2 thoughts on “A Lived Experience of Tuberculosis in Uganda”