I was the one responsible for NUSAF (Northern Uganda Social Action Fund) in the whole of Uganda. They said: “here is the loan, make them rich.” A difficult task.

“NUSAF is a government (initiative) with $100 million of funding from the World Bank. The goal of NUSAF is to help local communities in the 18 districts of northern Uganda that have been ravaged by conflict over the last 20 years.

This money is given directly to members of the community so they can invest in infrastructure and training for long-term development.”

First, if he is hungry, he is going to use that money, the loan, and buy that biggest chicken and he will try to eat the whole chicken at one go. And he may even die. You are actually killing him.

Another may go to Lira Hotel for the first time and say: “all the beers here now are all paid for.” People will drink for free on his account and he will likely drink too much and then he may die. That is how money is. Money is not good for poor people.

I liked the skit that was performed earlier (role play by the graduating innovators). It was so original. The only thing he (the drunkard abusive husband) did not say, is that he had chased his wife immediately to go back to their home because of slaughtering the chicken, without his permission. But that is normally what would have happened?

And you heard the reason he was giving?

Surely, how much was that chicken going to bring in? Would it pay school fees? Which school fees? And that girl was already a big, must have been in senior one or two.

I was not prior told the story of the skit, but what was dramatized , these things happen.

So, we, CPAR Uganda, sat down and asked:

“What can we do so that our rural poor people change and become rich?”

It started from Pallisa, across from Teso, Toroma, Katakwi, Nakapiripirit, up to Amudat, up to Kaabong and continued like that up to Iriri. You know where Iriri is? It is on the boarder of South Sudan. That was the territory given to me, it was considered to be the poorest part of Uganda. 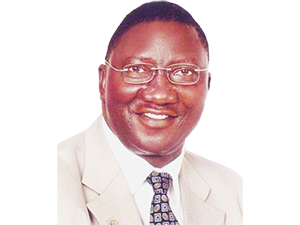 By Mr. Alex Okello Bwangamoi – part transcript of the speech that he gave as the Guest of Honour during the graduation ceremony that CPAR Uganda held on Friday, 14th February 2020 at its Lira Learning Centre to awarded certificates to its first cohort of young adults who had successfully completed the first of four modules, “Understanding Poverty in Rural Uganda”, of its project: “Mentoring Young Adults into Innovators against Poverty.” In addition to the graduating young adults, the invited guests in attendance, included elders from Lango sub-region.