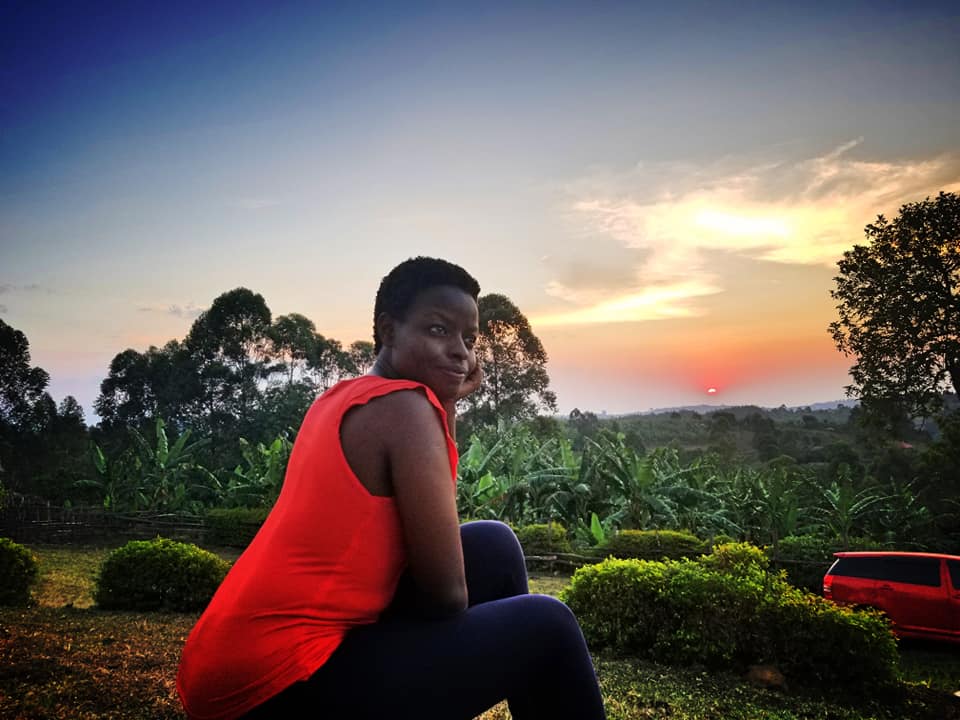 A part-time Psychiatrist visited African Retreat Centre (ARC) once a week on Wednesdays from Butabika Hospital, stayed for two hours from three o’clock to five o’clock, spending only about ten minutes on each patient, leaving many unseen for several weeks. She was the Psychiatrist and the Physician. She was the only doctor who came to the facility to see patients.

Patients’ information was kept loosely. It was common practice that the nurse and the counsellors freely shared confidential information about other patients in trying to drive points home. The center on occasion brought in external parties to speak with us or do handiwork, never disclosing who they were before they arrived.

Several times several of us met with people we knew from the outside. This in the end worked to our advantage, because through them, we were able to get word outside about the center’s deeply concerning practices.

COVID-19 brought the facility to a standstill. We woke up to play cards and other board games all day, substituting our previous addictions with gambling. Things didn’t change much even when the lockdowns lifted. We still played cards all day long, and on occasion a counsellor came in to talk about something we mostly already knew and weren’t learning from.

On multiple occasions, we spent a good forty or so minutes arguing and framing the topic of discussion because a counsellor had come in with an elementary proposition none of us would allow. These exercises were mandatory. The counsellors used aggressive means to enforce this, taking away phone privileges (we were allowed to make one call every week strictly to family members), visitation privileges, confiscating or withholding food, or physical assault.

A female patient was lifted out of her bed by two male counsellors and plopped into a waiting chair at the end of a brief car ride from one side of the center to the other, kicked in the back severally (she had a known back injury), and generally humiliated.

The center wasn’t short of drama. Retaliating over the above incidence of unjustified physical assault, we had maintained our positions in the common room after dinner was served and refused to go to our respective sleeping quarters, insisting that the center apologise and call the patient in question’s parents so she would speak with them to let them know what was really going on when the gates closed on our family members.

It was a peaceful protest. Rather than talk us down as therapists might be expected to, the center called armed policemen to break us up. We told the police of the center’s malpractices. They were horrified and insisted they would return the following day to record our statements. They didn’t return. Everybody thought me naive for believing that the officers would do the right thing. They had clearly been paid off, the others agreed with each other.

We decided to publish Desire’s testimony in the hope that it will be read by those with mental ill-health and who are searching for the right care so that they and their loved ones may make informed decisions.

Sharing of Desire’s testimony is in line with our empirical evidence based advocacy work. We wish for her testimony to come to the attention of duty bearers within civil society and as well as government departments.

We desire that her testimony will provoke action, including but not limited to, investigation of mental healthcare service providers; ensuring that they do right by their patients; and ensure that a valid mental healthcare policy is in place and that it is fully implemented and enforced.

It is important to share that the African Retreat Center (ARC) did respond to Desire’s testimony thus: 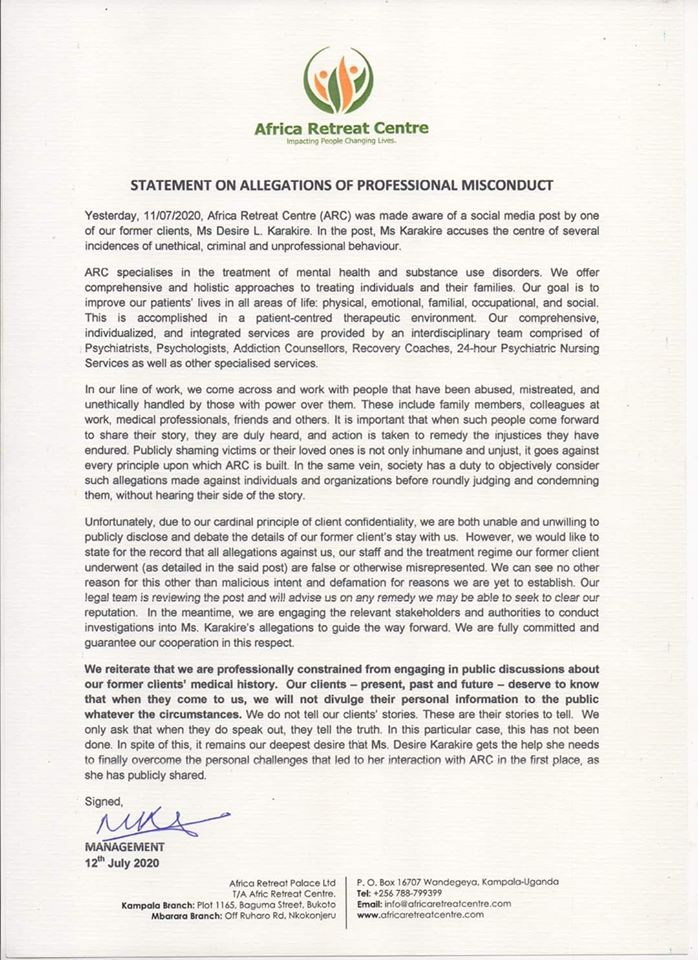 A response which Desire characterized as: “the last kicks of a dying horse.”